Taste is easily one of the most popular and crowded brunch spots in South Broad Ripple. Their busy patio section located on the southwest corner of 52nd and College can make Naptown feel like a busting European downtown if only for a weekend morning rush. The simple counter-service-only bistro setting is unique among other restaurants in the area and can prove to be problematic if you feel like adding something to your order later on in the meal (Back of the line, and on a busy Sunday the wait can exceed 30 minutes). Besides the awkward hybrid cafeteria-style service, the food on Taste’s menu is top notch.
For breakfast you can find your typical Indy staples like cheddar biscuits and gravy ($7.50) along with a host of knife and fork (read: messy to eat) breakfast sandwiches that feature bits of flair (mostly Aioli) throughout to keep things exciting. The egg sandwich ($7.95) with roasted red peppers, mozzarella, and field greens on a roll or the Hummus Bagel ($6.95) with radishes, harissa, and sprouts use simple variations to perfection.
The lunch menu has enough salad and sandwich choices for any company complete with vegetarian and hearty meat options. Standouts include the Niçoise Tuna Sandwich ($7.25) as a slightly more American variation of the pan bagnat (including olive tapenade but replacing the radishes with cucumbers) and Truffle Frites (9.00), which are seasoned with Parmesan, truffle oil, and a side of truffle aioli.
The top highlight here is the espresso service (Double Espresso and a Croissant; $6.50). While the coffee itself is nothing to applaud but a standard shot of espresso from a food service quality super-auto, it is served to near SCAA standards (sometimes a cute triangle-folded napkin replaces the spoon) and a dollop of hardened meringue. It’s the most curious cup of espresso in Indianapolis, and finding creative ways to eat the meringue “cookies” make Taste quite the treat.
Posted by Socks at 8:15 AM No comments:

In its opening weekend, “Machete” finished second to “The American”
despite a cast filled with A-list names. Originally predicted to premier in the top
spot and gain audiences attention there has been a steady drop in sales
following of trend of unsatisfied viewers and a lack of repeat ticket sales.
“Machete” fails to capture the charm of 70’s era exploitation cinema that it
shamelessly apes; instead the film is merely an unsuccessful recreation that
uses certain formal and narrative elements of the genre. Loud engines, outlaws,
and loose women along with gratuitous violence and sex are key markers that
have been used quite successfully in Rodriguez’s previous films, such as “Planet
Terror” and “From Dusk Till Dawn”. In this most recent production, The directorial
team of Rodriguez and Ethan Maniquis (“Planet Terror”) attempts to create a film
reminiscent of a time when underdeveloped scripts, shoestring budgets, amateur
actors and no regard for formal aesthetics came second to the visceral
experience of late night drive-in movie culture. Exploitation Cinema was truly an
original form while “Machete” is at best a poorly crafted memento. Everything
from the locations, set and sound design are too polished. As far as casting, their
performances are not over the top insomuch as their talents are under utilized.
Linday Lohan, however, is a saving grace for a film that overall feels
lacking and contrived. Playing the carefully crafted character of April, the
daughter of corrupt right wing senator Mclaughlin (De Niro), Lohan gives a
nuanced performance that mirrors her personal history, specifically focusing on
her most recent tabloid debauches. This seeming effortless tour de force shouts
a reaffirming cheer in the vain of Lindsanity. For those shocked that Lindsay is
not dead we can hope that this will be the final nail her career-coffin.

-John Stock
Posted by Socks at 8:32 PM No comments:

The Brundage Park Playhouse presents William Shakespeare’s Titus Andronicus;
A classic story of revenge popularized by the 1999 movie starring Anthony Hopkins. It is
widely known as ‘The Bard’s’ bloodiest work. Complete with special effects and blood
galore this adaptation does not fall short of expectation, however the venue is as small as
the sound, costume, and set design budget combined. The Brundage Park Players make
up for the program’s shortcomings with breakout performances all around. Most
memorable are Titus’ daughter Lavinia and the twin Goth sons of Tamora. Actor Joseph
Guadara steals the show as Saturninus, bringing a vicious energy and lavish style to the
table. For only ten dollars this play is sure to please. Be warned: This performance uses
blank firing pistols and graphic effects, discretion is advised.

-John Stock
Posted by Socks at 8:26 PM No comments: 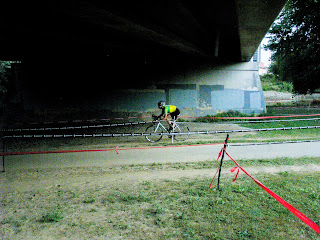 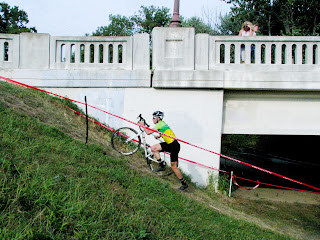 It's been about two weeks since the last 18 inch snow storm hit the Black Hills. The weather has been so warm lately that Left Side Tinton trail is completely dry as far up as Aspen Hills, so let's spend this next week pouring out some of our Crow Peak beer in memory of Winter 2012-13. It's been real, Winter. Do us a favor next season any try to dump while Terry's is still running lifts. 'Till next year!

A couple years ago Patt Kidd used my tape deck and computer to upload these clips. He bought the tape deck from me and still owes me 50 bucks. Anyway, I cut this 20 second edit together. If you send me your footage, I will cut it.

Socks
I ride bicycles. Coffee and beer are also cool.